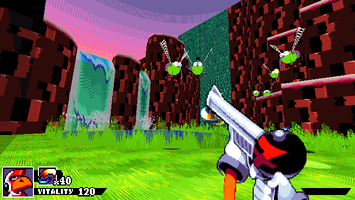 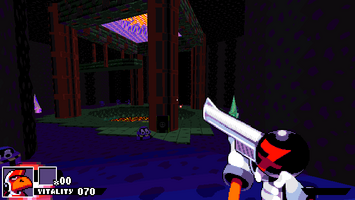 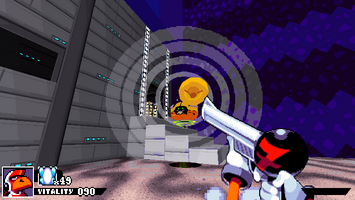 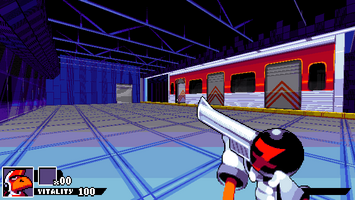 Mostly this year I've been focusing my other project, but I started getting interest in Snap development again, so I would like to announce that we'll be fleshing out Snap's 7DFPS build further, and turning it into a fully featured "shareware" episode. Pretty much all of the content in the 7DFPS build will be doubled, and all of the existing content will be polished up!

What's currently being done for the update:

This "shareware" update will be another "pay what you want" version. It will be coming out in November at the absolute latest, but I want to aim for a lot sooner if I can manage it. After that, I'll be diving straight into development on on at least 3 more episodes (for a total of 4 ... that'd be 40 stages!), all with similar production quality & size. The final game will be purchasable here on itch.io at minimum, but I want to look into the viability of other platforms.

Lastly, I'll take a tiny bit of time to advertise a bit. (I never like to, but I told myself I would *this* time :p)
First the Discord server, since I've been putting a lot of my smaller updates there that I haven't felt like deserve a full post in there. No entry requirements, anyone can hop in! https://discord.gg/FTzkCTstZm

Next my Patreon, if you feel like supporting Snap (or more games like it), then every little bit helps. If you don't that's cool too though, I intend to cross-post everything to here later too (this very post is a cross-post), Patrons will simply get updates a teensy bit earlier. In a few days from now I intend to add a new post, detailing a new mode with a video! https://www.patreon.com/tehrealsalt

Get Snap the Sentinel - Episode 1

:D Absolutely loved the game jam version so knowing you're adding more to it is so exciting to hear, can't wait for it

ohhh!!! I really enjoyed snap the sentinel, this is awesome!